Here’s a little treat for you. Grab some popcorn, and click the link: 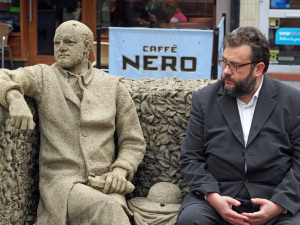 The film has been shown in public several times now, as well as leaking    on the internet (we suspect those pesky North Koreans) for a few hours a    couple of weeks ago. It opened the Beeston Film Festival, has had  mentions in the Nottingham Post, BBC Radio Nottingham, trailed on  NottsTV and tons more. I even took it to show MA Built Environment  students last week, as part of their project to design ideas for Beeston’s  regeneration, which I’ll explain in a later post. We even have a fan in the  form of BAFTA winning genius filmmaker Shane Meadows, who…

This site uses Akismet to reduce spam. Learn how your comment data is processed.